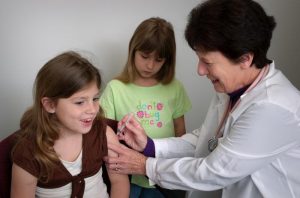 An unvaccinated six-year-old almost died from Tetanus earlier this year. The child was hospitalized for two months after getting a deep cut while playing on a farm in Oregon. This unfortunate event is a reminder that vaccines work!

Mesa County Public Health (MCPH) has released “Tobacco in Mesa County,” a special report that highlights tobacco use in our community.

“We’re concerned about tobacco use and vaping in all residents, but we are especially concerned with the trends we’re seeing among our young people,” MCPH Executive Director Jeff Kuhr said. “Nearly half of our high school students say they had ever vaped and one-third report they currently vape, which is alarming.”

Kuhr said the main concern regarding teen vaping is the effect of nicotine on the developing brain, the negative health effects from the vapor itself and the correlation between vaping and smoking. Individuals who use electronic vapor products are more likely to use traditional forms of tobacco.

“We’re proud of the community efforts we’re seeing surrounding cessation – including policies within local governments. It’s time for policy changes to happen county-wide and our team at Mesa County Public Health is committed to supporting partners such as cities, towns, schools, etc. to create new policies and amend existing ones,” Kuhr said. “The timing of this report couldn’t be better – it creates a strong platform for us to stand on to improve the health of our residents.”

Spring Open Burn Season begins on March 1. In an effort to streamline the open burning process, regulations between Mesa County and the City of Grand Junction have been aligned. Mesa County Public Health hopes that clear expectations will dissolve confusion that sometimes comes with open burn seasons in the Grand Valley.

Clarifications to the nuisance rule include:

“Our goal is to make these rules as clear as possible for our residents,” MCPH Executive Director Jeff Kuhr said. “As the authority on open burning in Mesa County, we have a responsibility to regulate this in a way that supports the Grand Valley way of life, our residents and our air quality.”

Residents who live within Grand Junction city limits should contact the Grand Junction Fire Department at (970) 549-5800 or click here for information on open burn regulations and seasons.

Click here to read the entire nuisance rule, in full. 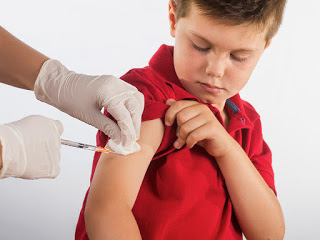 MEASLES IMMUNIZATION PROTECTS RESIDENTS AS NATION, WORLD SEE A RESURGENCE OF THE DISEASE 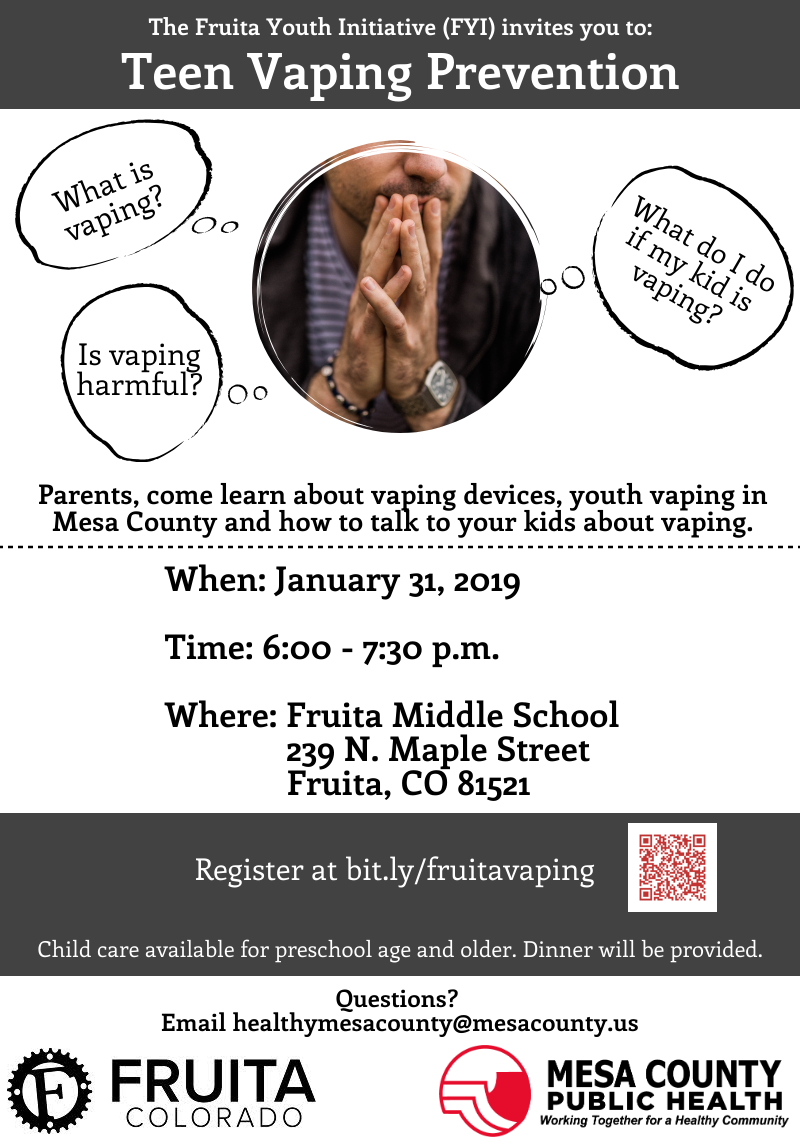 Mesa County Public Health (MCPH) and the Fruita Youth Initiative (FYI) are partnering to offer Teen Vaping Prevention Jan. 31 from 6:00 to 7:30 p.m. at Fruita Middle School, 239 N. Maple St. This educational event is for parents interested in learning more about vaping devices, youth vaping in our community and how to talk to your kids about vaping.

Nearly half of Mesa County high school students report ever using an electronic vapor product and one-third said they were currently using one. Contrary to popular belief, most vape e-juice contains nicotine and other harmful chemicals – not just water.

“Only 45 percent of Mesa County high school students think vape products are harmful and 60 percent said it would be easy or very easy to get vapor products if they wanted. This educational gap paired with easy access is alarming for us at Mesa County Public Health,” MCPH Program Manager Heidi Dragoo said. “Parent education is key in reducing the number of Mesa County teens using electronic vapor products. They are on the front lines with their kids, every day, so their involvement is vital.”

“We’re taking steps in Fruita to create healthier spaces for our community and especially our youth. This educational event is key in keeping that momentum going,” said City of Fruita Parks & Recreation Director Ture Nycum.

Child care will be available for preschool age children and older, and dinner will be provided. Be sure to register at bit.ly/fruitavaping.