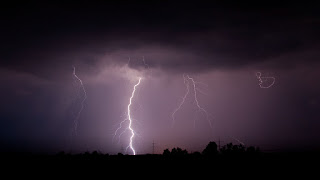 Mesa County Health Department issues a Public Health Update each week to keep residents up-to-date on local health concerns. Be sure to keep up with our blog, so you don’t miss an update.
dangers
of raw milk
·
More than 2,000 people became sick nationwide after
drinking raw milk between 1998 and 2011. More than 200 of those were
hospitalized and two died.
·
Unpasteurized (raw) milk and unpasteurized milk
products such as cheese and yogurt, can contain bacteria, viruses or parasites that
can cause severe illness with sometimes fatal consequences.
·
Many people choose to drink raw milk believing
it will improve their health, but pasteurization is an important part of food
safety.
·
Getting sick from raw milk can mean many days of
diarrhea, stomach cramping and vomiting. Less commonly, it can mean kidney
failure, paralysis and even death.
·
Even if you trust the farmer and your store, raw
milk is never a guaranteed safe product.
·
If you’ve had raw milk and didn’t get sick,
don’t assume it’s safe. Germs are unpredictable.
·
Infants, young children, the elderly, pregnant
women and people with weakened immune systems are at higher risk of getting
sick from drinking raw milk.
·
If you purchase milk from a local farmer, be
sure it is pasteurized. Unpasteurized milk doesn’t offer added health benefits,
but it does increase your risk of getting sick.
lightning
safety
·
Many Mesa County residents have recently noticed,
and even photographed, increased lightning strikes in the Grand Valley.
·
According to the NOAA, 400 people are struck by
lightning annually nationwide. On average, between 55 and 60 people are killed
and hundreds of others suffer permanent neurological disabilities.
·
All thunderstorms produce lightning and are
dangerous. If you can hear thunder, you’re in danger.
·
Proper planning can prevent injury and death due
to lightning strikes.
·
Know where you’ll go for safety and how much
time it will take to get there, or simply postpone activities if a storm has
been forecasted.
·
Avoid open areas and stay away from isolated
trees, towers or utility poles.
·
Keep away from electrical equipment, wiring and
water. Don’t take a bath, shower or use other plumbing during a storm and don’t
use a corded phone except in an emergency.
·
If someone has been struck by lightning, call
for help and give first aid. Cardiac arrest is the immediate cause of death for
those who die, so take quick action.
·
When thunder roars, go indoors.
For more
information, visit health.mesacounty.us and mesacountyhealth.com.