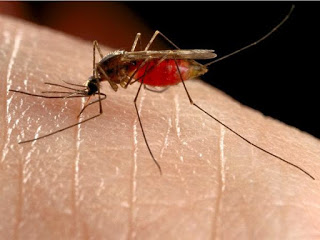 As temperatures begin to drop, the Grand River Mosquito Control District (GRMCD) and Mesa County Public Health (MCPH) are wrapping up their seasonal mosquito monitoring. The mosquito season normally runs from April through September. During that time, over 50,000 mosquitoes were collected from 83 traps across the District. The 2019 trap counts were 20% higher than the previous 5-year average, making 2019 one of the busiest on record.

Highlights from the season included utilizing a drone to apply larvicide/adulticide and debuting a Mosquito Meter to bring real-time data to the community on mosquito activity across the county. “These successes were possible because of a willingness for our two agencies to work together and share information in real-time,” said MCPH Epidemiology Program Manager, Heidi Dragoo.

The Grand River Mosquito Control District and Mesa County Public Health appreciate the cooperation of Mesa County residents in taking steps to prevent mosquito bites. “Whether you applied insect repellent or drained and removed sources of standing water on your property, you helped fight the bite across the county,” said GRMCD Manager Tim Moore.

Members of the media should call or text Amanda Mayle at (970) 697-4611 or visit health.mesacounty.us for more information.