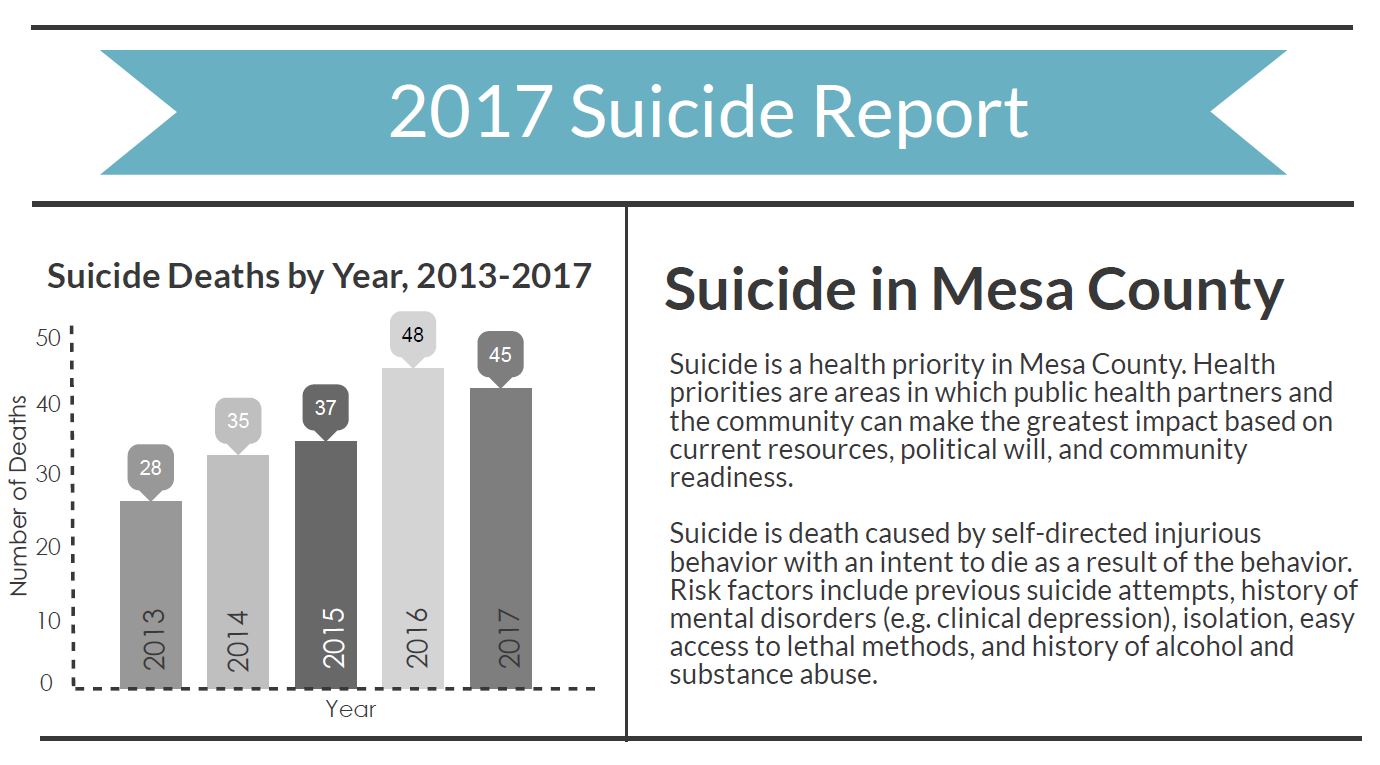 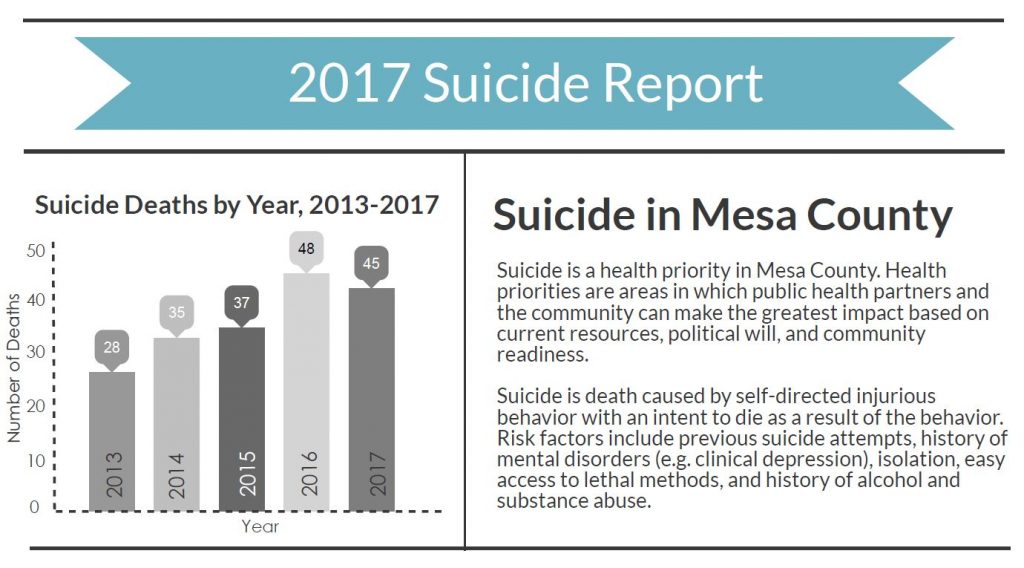 Mesa County Public Health (MCPH) has released the 2017 Suicide report. The in-depth report uses local data to give health care providers and residents a look at the bigger picture regarding suicide in Mesa County.

“It’s so impactful to be able to use timely, local data instead of using data from the state or national level,” MCPH Epidemiology Program Manager Heidi Dragoo said. “Having real-time data helps us understand what’s going on in our community and helps our partners understand where to focus their efforts.”

Some of the report’s key findings include:
• For every death by suicide in 2017, there were approximately nine suicide attempts resulting in an emergency department visit.
• Individuals of all ages are attempting and dying by suicide. Middle aged individuals are at greatest risk of dying by suicide, while individuals younger than 30 years are more likely to attempt suicide.
• Only one in three patients who attempted suicide reported receiving behavioral health services in the past 90 days.

“Suicide has touched the lives of so many community members. Mesa County Public Health continues to be committed to finding long-term solutions for this community problem. We’ve spent the last two years working with many other agencies, recognizing that shared data and information are imperative to implementing successful prevention efforts,” MCPH Executive Director Jeff Kuhr said. “We hope the report empowers residents to learn about this problem and how it affects our community.”

Visit health.mesacounty.us to download the report or to view the data dashboard. MCPH is also hosting a suicide prevention forum Feb. 27 from 6 to 7:30 p.m. at the Mesa County Workforce Center, 512 29 ½ Road, for those interested in learning more.