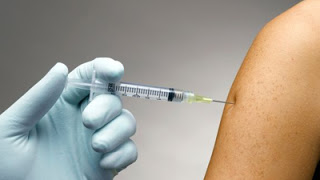 Mesa County has its first hospitalized influenza case in an adult male over the age of 55.  The hospitalization comes significantly earlier in the season compared to the 2018-19 flu season which didn’t see a hospitalization until November.

“We are seeing flu circulating in the community,” Mesa County Public Health (MCPH) Executive Director, Jeff Kuhr says.  “A flu shot is your best protection against the severe complications that can come with the virus.” Influenza killed about 61,000 people in the United States during the 2018-19 season down from a record 80,000 the season prior.

The 2018-19 MCPH Influenza Report outlines local data and some key takeaways from last season. One of the most striking takeaways was that Mesa County experienced a more severe flu season than Colorado and the United States with an extended period in February of higher rates of hospitalization.

Flu season begins in October and goes through the beginning of May. “The early flu activity is noteworthy, but not necessarily an indication of how severe of a season we can expect this year,” explains Kuhr. “It’s an important reminder that now is the time to get your flu shot.” It takes two weeks for the vaccine to be fully effective, so MCPH recommends getting a flu shot by the end of October.

Mesa County Public Health’s clinic offers the influenza vaccine and serves all patients regardless of ability to pay. Walk-ins welcome.