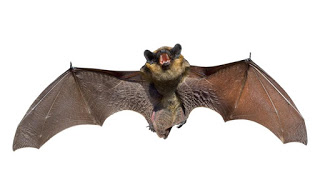 Rabies is most commonly spread through the bite of an infected animal, like a bat, skunk, raccoon, coyote or fox. Any mammal can be infected with rabies, so it’s important to vaccinate your pets against the illness. Rabies symptoms in animals include acting strange, drooling or excessive aggression. Rabies is almost always fatal in humans, so prevention and testing are key. Once symptoms appear, there is no treatment for rabies.

If residents find a wild animal on their property, dead or alive, they should contact Mesa County Animal Services (MCAS) at (970) 242-4646 for guidance. Residents should never touch a wild animal. It’s important to have dead bats found in your home tested for rabies, because their bites can often be small and undetectable. Bats are the animal that most frequently test positive for rabies in Mesa County.

According to Colorado Parks and Wildlife (CPW) Wildlife Biologist Dan Neubaum, our local bats will likely be going into hibernation or migrating soon.

“In many urban settings bats will often be gone by the end of September, but their body condition (fat reserves) will influence roosting preferences,” Neubaum said. “It’s unlikely that a bat will try to stay in your attic over the winter because the weather wouldn’t work out for them. They prefer remote rock crevices because they don’t freeze, but they do stay nice and cool – which is good for a hibernating animal.”

Neubaum also noted that bats are great for Mesa County since they eat insects, which are usually abundant in agricultural areas. He also said that just because a bat is down, on a sidewalk or other area, doesn’t necessarily mean it’s sick – it could be a young bat who is naïve and still has accidents.

Please remember, no matter how young or innocent wild animals look, you should leave them alone. If you’re concerned, you can always call MCAS or CPW for help.

Click here to learn more about rabies prevention including how to protect your pets, your home and your family.