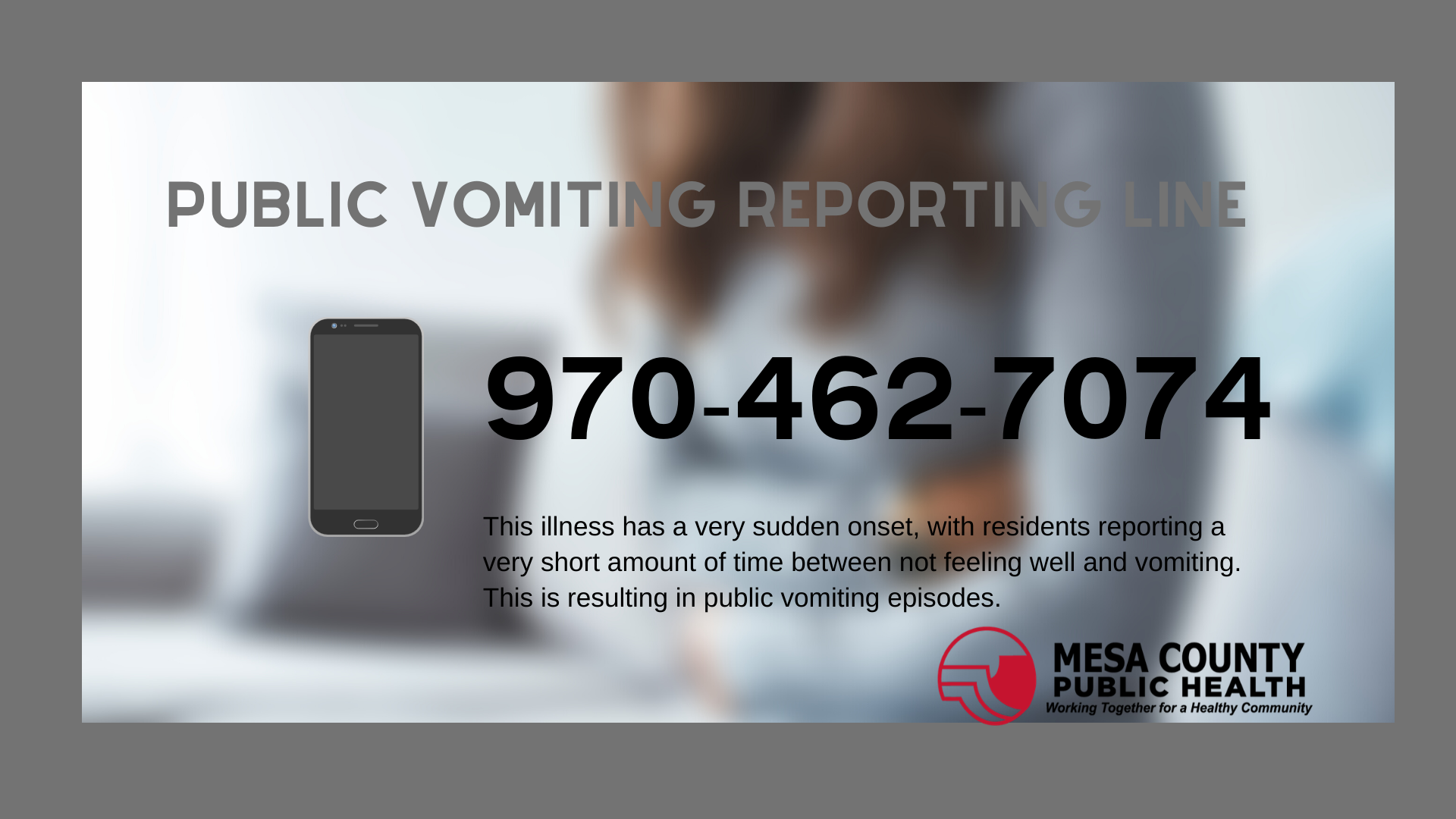 Reports to the Mesa County Public Health (MCPH) hotline and online form set up for public displays of vomiting provided valuable illness information. Based on information collected over the weekend, and regular contact with businesses and other community partners, the spread and number of public buildings impacted appear to be significantly lower than last week when this gastrointestinal illness spread so quickly, it resulted in the closure of all schools in District 51.

The primary symptoms reported are vomiting, some diarrhea, and some fever.

We are still seeing reports of illness. Based on the symptom information we have collected from ill people and the duration of symptoms, we believe that the illness affecting the community is due to a virus, and people should continue to practice good handwashing and stay home if they are sick.

Here’s the latest information on the stomach bug and its impacts on our community:

There have been many questions surrounding a potential second virus identified by D51 after a handful of students who had already experienced symptoms, became sick again. Based on what’s being reported to us, MCPH believes there is a combination of norovirus and influenza circulating in the community. We are in influenza (flu) season, there has already been one hospitalization due to influenza so far this season in Mesa County.