Take precautions when small game hunting to avoid getting sick 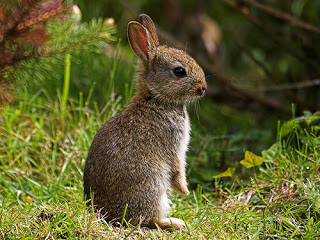 Small game season for several rabbits
and hares, fox, pine squirrel and beavers begins October 1. These animals can carry
tularemia, a bacterial infection that can be fatal in humans and animals.
Although it can affect all mammals,
the disease is commonly found in rabbits and rodents. Hunters should always
take precautions when handling their harvested game.
Colorado saw an increase in human tularemia
cases this year with 40 confirmed cases compared with 16 confirmed cases in
2014. Mesa County has reported five confirmed cases since 2011, with four of
those occurring this year.
Tularemia is spread through deer fly bites and contact with infected animals or carcasses.
Take
preventive measures while hunting and preparing meat:

Tularemia is treatable. Contact your physician if you become ill with high
fever, swollen and painful lymph nodes, skin ulcers, sore throat or respiratory
symptoms such as chest pain or a dry cough.
Contact your veterinarian if your pet
becomes ill with a high fever and/or swollen lymph nodes after coming in
contact with sick or dead animals or after hunting.